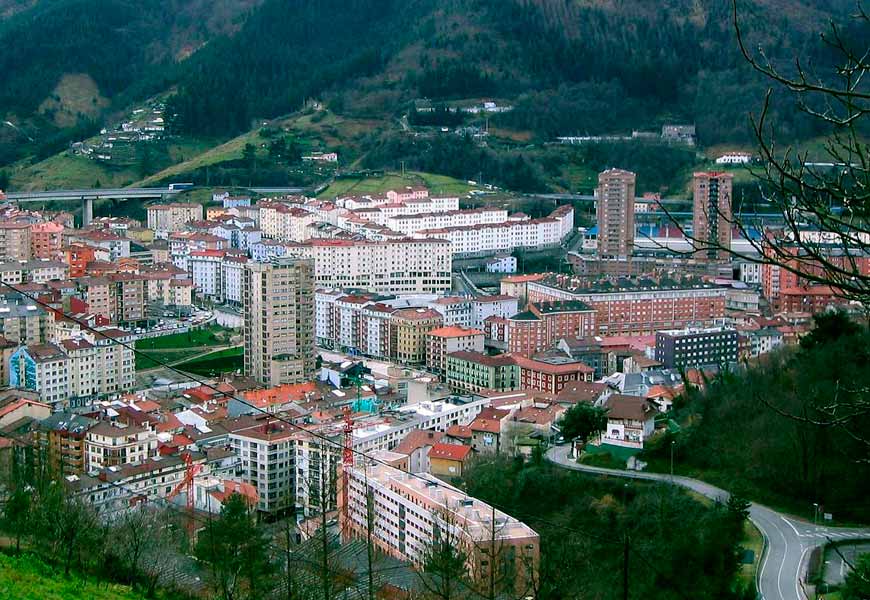 Eibar is a city of about 28,000 inhabitants, head of the Debabarrena region, in the province of Gipuzkoa.

Known as the gunsmith city, it has a very important industrial past. The manufacture of weapons was one of the most important. If you are interested in knowing more about our past, do not hesitate to visit the Arms Industry Museum. Another historical and unparalleled place for us, the “eibartarrak”, is the Sanctuary of the Virgin of Arrate.

The city of Eibar conserves a rich historical heritage, even having been bombed and almost totally destroyed in the Civil War.

Starting with the Chuch of Saint Andrew (it has always been said that it is the neuralgic center of the city), to continue by “Markeskua” Tower House or the Town Hall.

Probably, the S.D. Eibar is one of the best ambassadors we have currently. It bears the name of the city all over the world. In addition, it represents the values that the city has always defended as effort or humility. You should not leave without doing the Ipurua tour or watching a game of our city team.

If what you really want is to know the autochthonous sport, do not hesitate to visit the Astelehena Pelota Court and watch one of its Basque Pelota matches. It is also known as the Cathedral of the Pelota and one of the deans in this area.

Eibar stands out more and more for the diverse cultural offer that it has. Throughout the year you can visit many exhibitions, of very good quality, in Portalea, the cultural centre. As well as musical, theatrical or dance performances at the Coliseo Theatre. The latter also has film sessions every week.

This website uses cookies to improve your experience while you navigate through the website. Out of these, the cookies that are categorized as necessary are stored on your browser as they are essential for the working of basic functionalities of the website. We also use third-party cookies that help us analyze and understand how you use this website. These cookies will be stored in your browser only with your consent. You also have the option to opt-out of these cookies. But opting out of some of these cookies may affect your browsing experience.
Necessary Always Enabled

Any cookies that may not be particularly necessary for the website to function and is used specifically to collect user personal data via analytics, ads, other embedded contents are termed as non-necessary cookies. It is mandatory to procure user consent prior to running these cookies on your website.